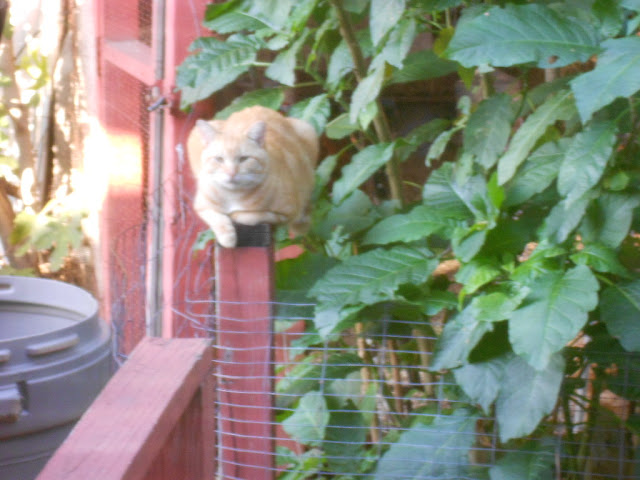 That's what I see a lot of the time when I look out the bathroom window.  The picture is not too clear because I have the zoom on and it's through the screen, but you get the idea.  Claude is well and truly at home out there. 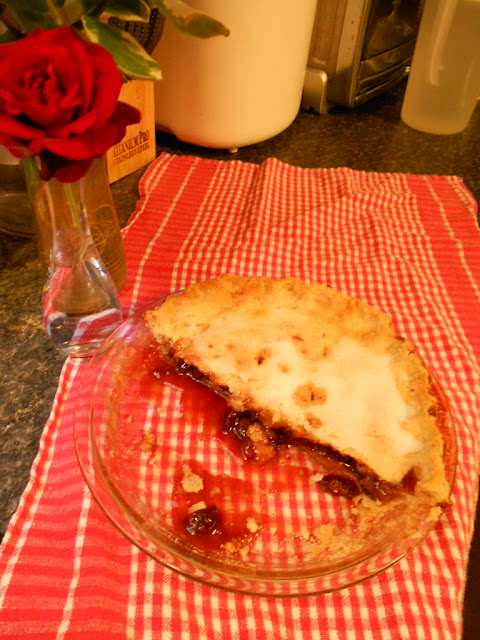 Are you ready for the weekend?  I am.  I've almost caught up on the rest I lost during the Thanksgiving period, and now I'm ready to start in on the Christmas one.  LOL  Our baby girl will be home in ONE WEEK!!!  She and her roommate will be here next Friday night and I can hardly wait.  But they're only here for the weekend, so we'll have to cram a lot of catching up into a short space of time. 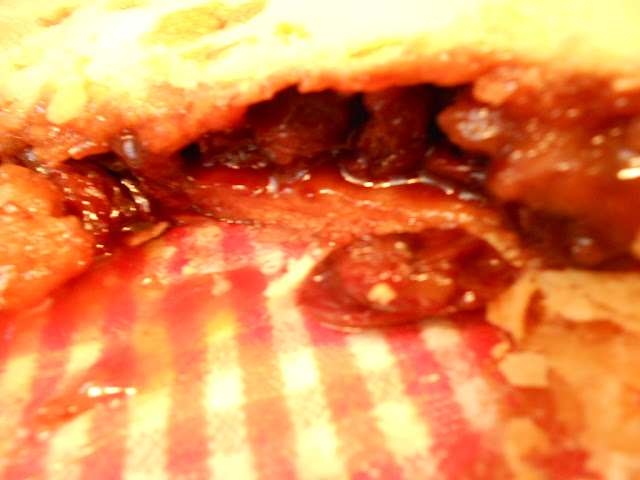 And no, that picture of cherry pie has absolutely nothing to do with it.  LOL  As you can see half of it is gone.  That's because it's really good.  It was in the nature of an experiment.  I had some dried cherries that I bought a while back.  I just like eating them out of the bag, but today I thought I'd try using some of them to make a pie.  It was a success!  I'd give you the recipe, but I just sort of made it up as I went along and didn't keep accurate measurements.  I soaked the cherries for about thirty minutes (while I was preparing the pie crust and cooking lunch) in boiling water I poured over them.  I added about a half cup of sugar, then ladled the cherries into the pie crust.  I zapped the juice, sugar and a couple tablespoons I think of cornstarch in the microwave until it thickened, a couple of minutes.  Poured that over the cherries, added the top crust, cut vent holes, sprinkled a little sugar on top and baked at 400F degrees until bubbly.  Pretty simple. 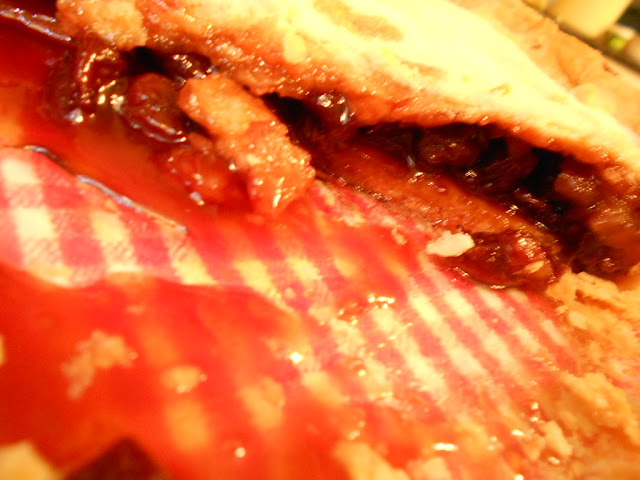 Doesn't that just make you want to get a nice big slice for yourself?  If you were here, you could sure have one!  I had mine with ice cream.
Hope your weekend is simply grand!  I'm going to be busy sewing.
Hugs and kisses,

Posted by Elaine/Muddling Through at 6:36 PM

Labels: cooking things, family, in our own back yard, learning something new

I definitely want a slice -- I Love cherry pie! Who knew you could make it from dried cherries -- that's awesome!

MMMM, Elaine, it does indeed look delicious. Sounds like my kind of baking...some of this and a bit of this.
Have a great time with your girl! My daughter has invited her family over for homemade soup and bread for supper today...so looking forward to it.

I know better than to read your blog posts on an empty stomach...I love cherry pie!

Looks like a delicious pie...cats--- incredibly different than the pups;)

Oh, Yes! I would love a slice of your cherry pie. It looks really good. I hope you have a great visit with your daughter. That's a nice photo of the cat outside your window. Blessings, Brenda.