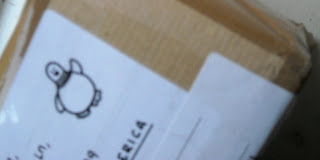 Today I received a package in the mail all the way from across the sea. I was the fortunate purchaser of one of Charlotte's hand crocheted pigeons - Number 48 to be exact. 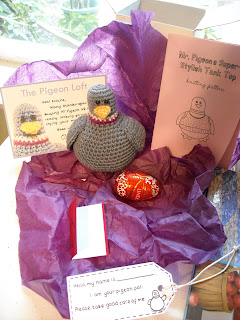 He emerged from his traveling packaging with lots of goodies. Isn't he handsome! 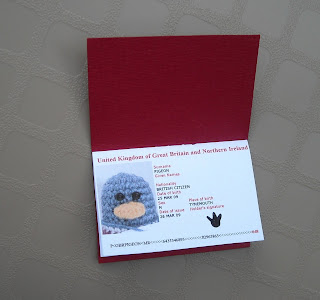 Like all good international travelers, he had his passport handy. 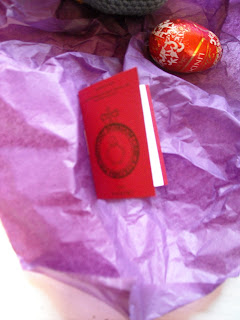 He also brought a chocolate egg in case he needed to bribe anyone. (Since he obviously hadn't needed that, I took possession of it and it is now only a pleasant memory.) 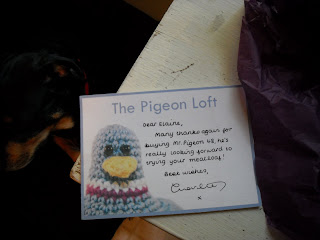 Can you see Bruno lurking around under there? I don't think he's thrilled. 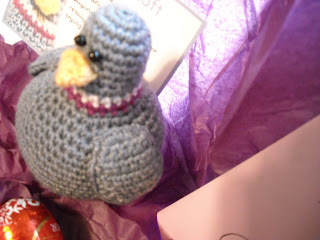 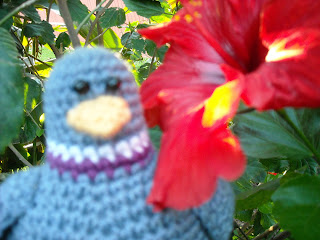 Homer has already taken a small tour of the back yard. He's smelled the flowers, 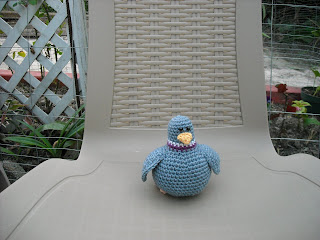 sunned himself on the patio, 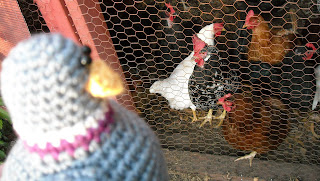 and discovered that there are large birds held in captivity in the back yard. 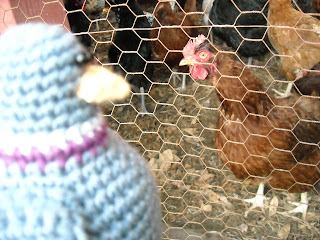 Upon closer inspection Homer learns that they are indeed fierce creatures, and he is glad they are safely confined. 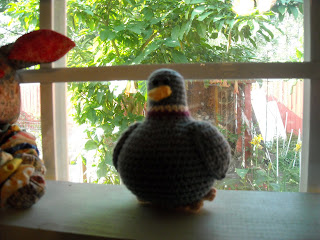 Safely back inside in the sewing room, Homer immediately flew up to a shelf at the window. 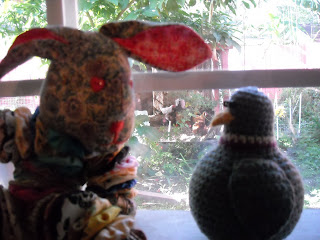 He and Mr. YoYo Bunny agree that it is well to keep an eye on those prisoners in the back!

Posted by Elaine/Muddling Through at 7:01 PM

Labels: chickens, in our own back yard, mail goodness, pets

Welcome Homer. You have are going to love living in your new home. Very cute, Elaine.

The prisoners in the back part cracked me up. Good Job Homer!

Aww! Homer's a great name for a pigeon! Looks like the poor chap's beak got a bit bent in the post though! Hope Mr.YoYo Bunny keeps him safe from the fierce caged prisoners x

Homer is adorable. I love the attention to detail that the artist did with all the extras.

Homers is such a cute name for a pigeon. The artist gave so much atterntion to detail, even a passport came with him too!